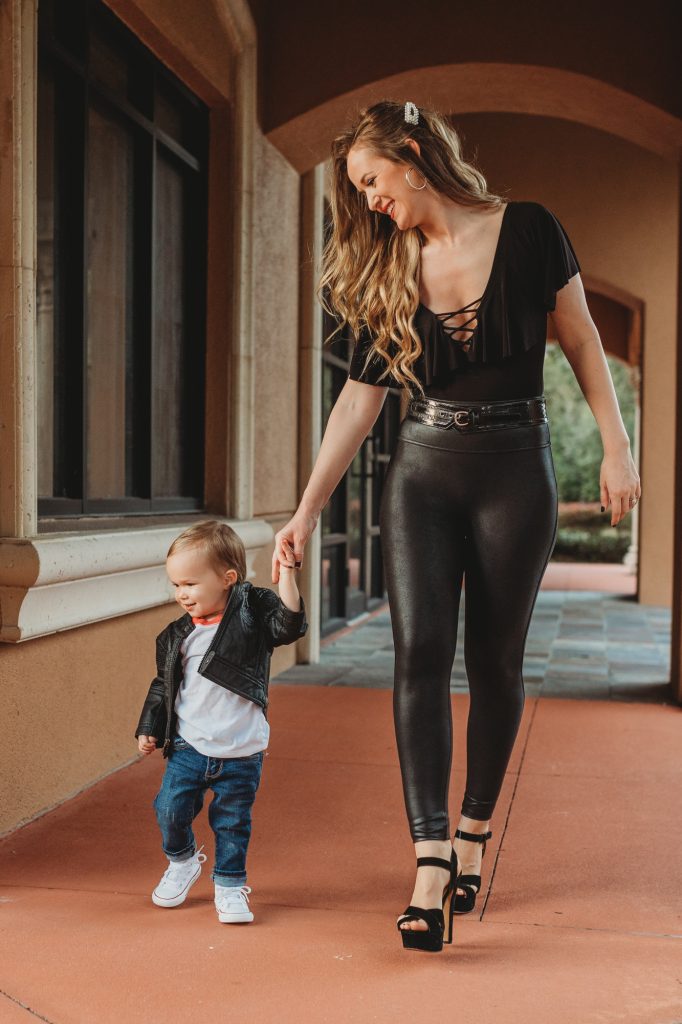 Happy Friday Eve! T-minus a week and 2 days until Halloween!! I have always been a huge fan of Halloween and LOVE to dress up, especially now that I have a little one! I thought it would be fun to style a different last minute Halloween costume for you and your little one up until Halloween! Oh and I won’t forget to show you this year’s family Halloween costume either! You can check out last year’s here! Today we are Sandy and Danny from Grease! This was such an easy costume to throw together since we had everything already in our closets! For my Sandy Costume I just took a black body suit and paired it with my Spanx leggings, then threw an old belt on over the top. I finished with some sexy heels and red lips! As for Sawyer’s mini Danny costume, he wore his leather jacket from his rock and roll birthday pictures (good thing is was big at the time), a white tee, blue jeans, and white Converses. Slicked his hair with a little bit of water and boom mini Danny Zuko! Do any of you have fun costumes planned for Halloween?! I hope you have a great weekend! <3 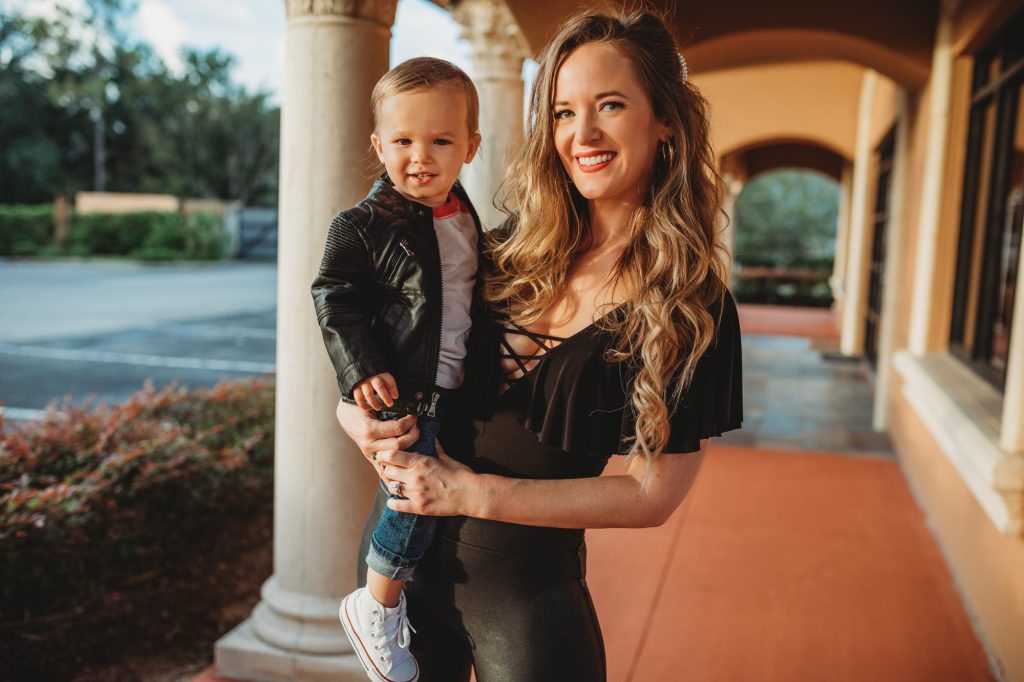 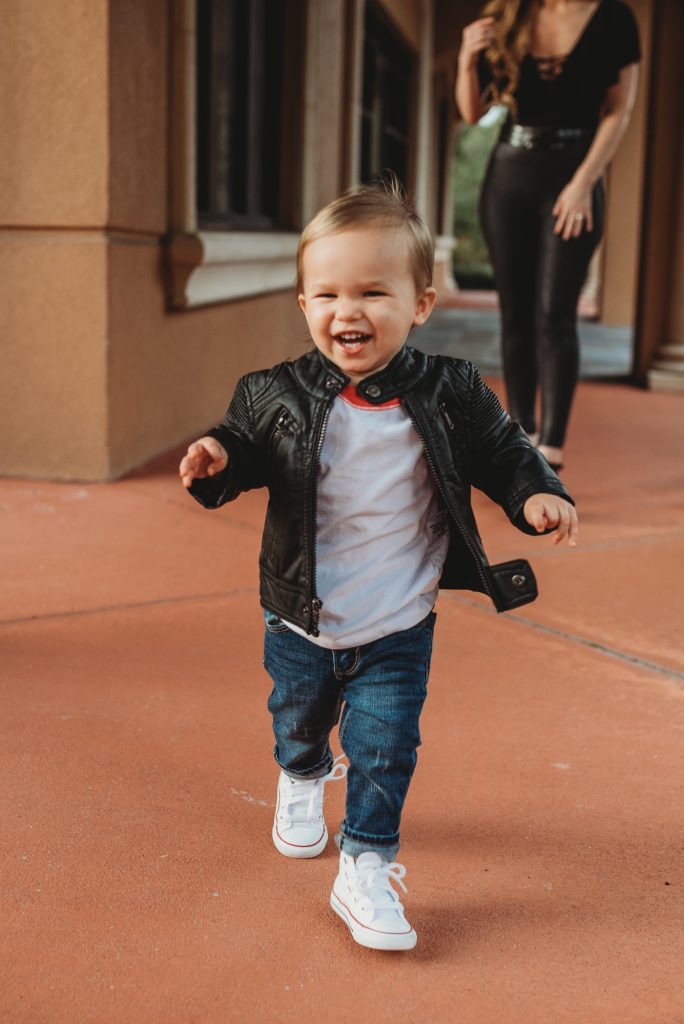 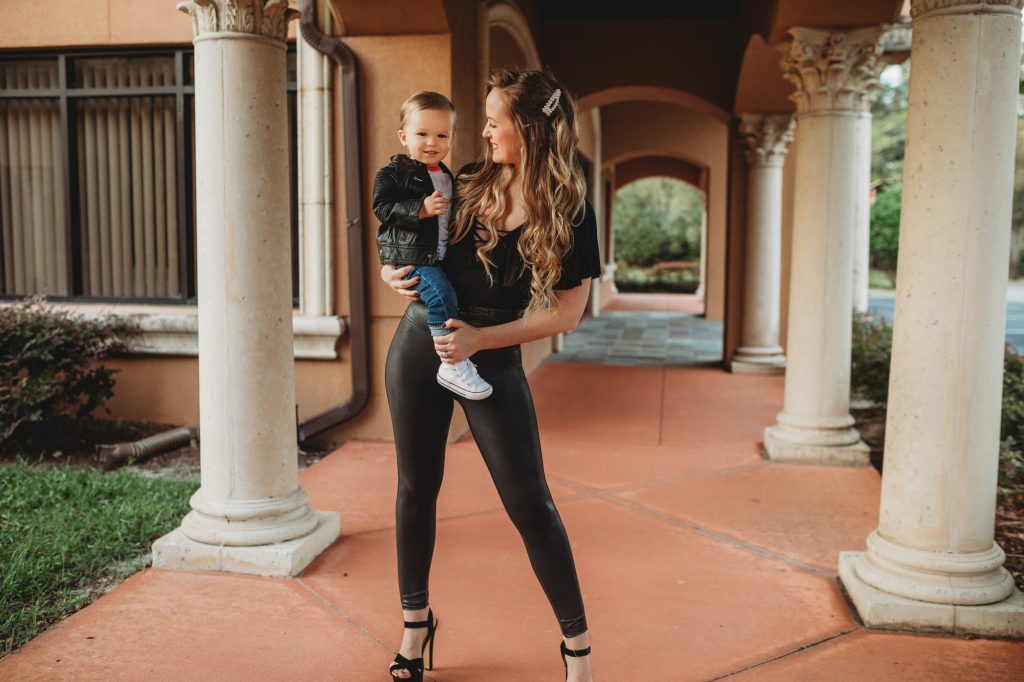 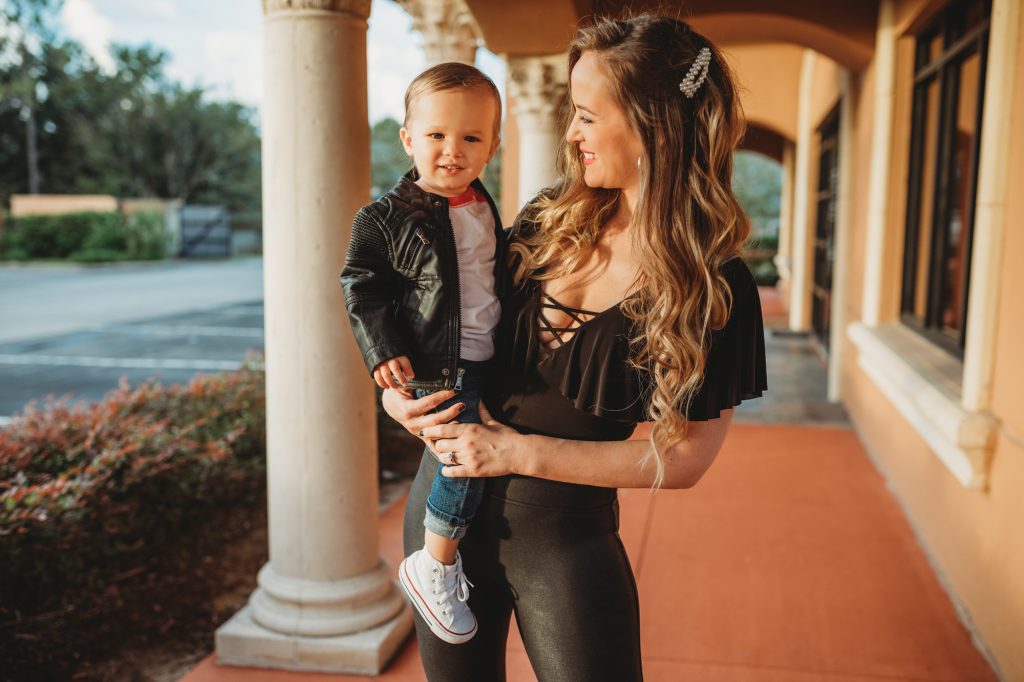 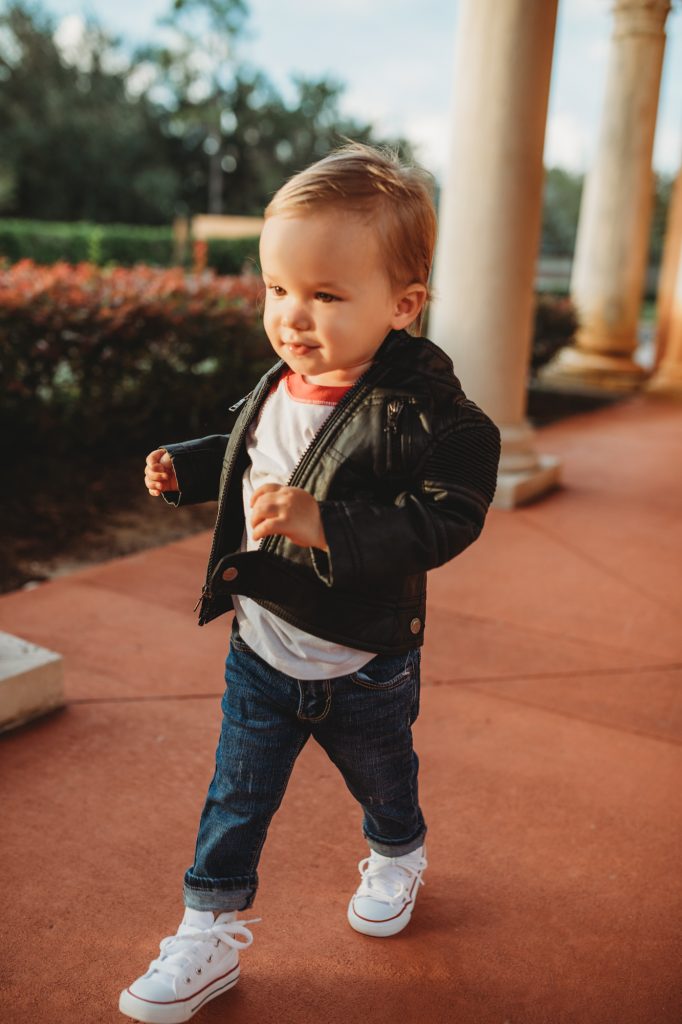 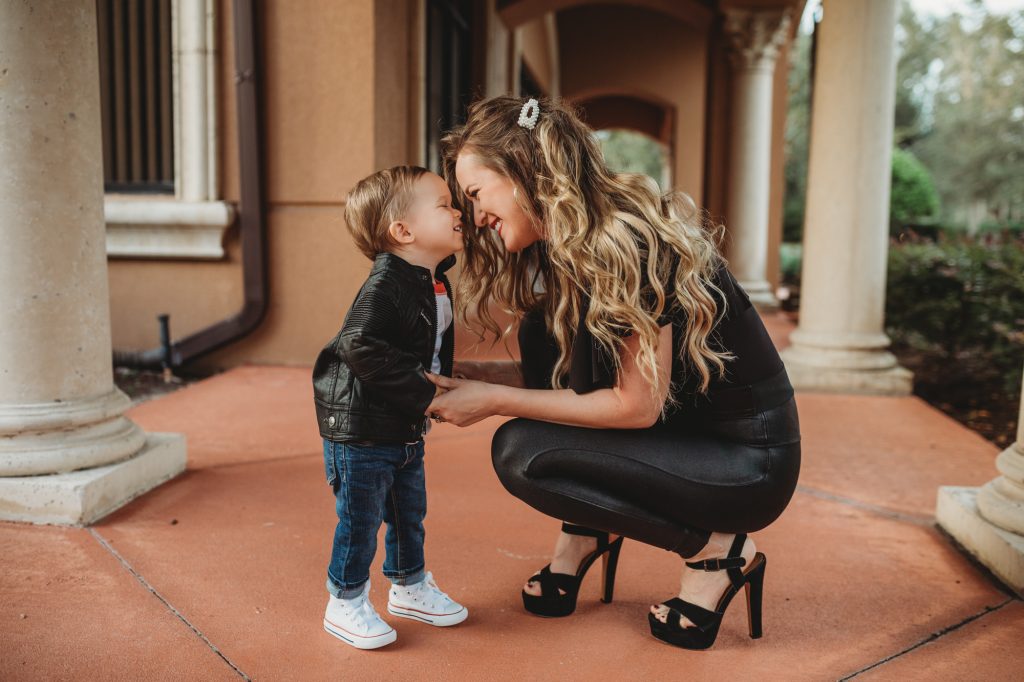