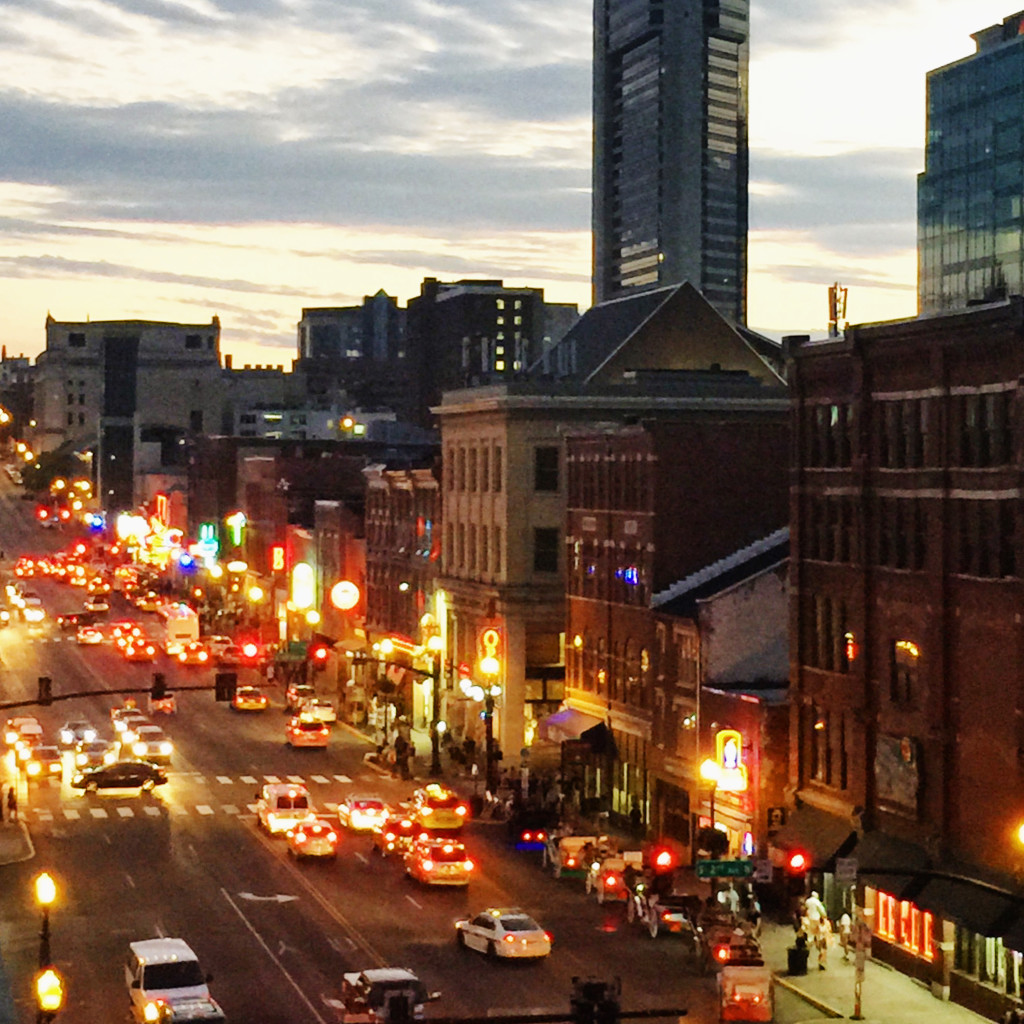 Happy hump day babes!! This week is flying, probably because I have been non-stop since I have gotten back! Urg! I can’t wait for the weekend to get here! Anywho! So I am finally recapping my trip to Nashville! Let me tell you, if you want to go somewhere to have loads of fun, go to Nashville! It was by far the most hoppin’ city we have been to, but yet there are a lots of chill areas too! We stayed in East Nashville outside of the city and rented an adorable little cottage with Airbnb and it was perfect! I highly recommend doing this since the hotels in downtown Nashville are pretty pricey and then they charge you daily for parking! From East Nashville to Downtown it was only a $6-7 Uber ride each way, so it was even cheaper then the daily hotel parking fee! Also, East Nashville is so stinkin’ adorable! The houses are all little bungalows and there are so many amazing restaurants, bars, and shops! It is also lot more laid back than downtown so we spent some nights and days there. Although, downtown is where the party is at! Broadway is filled with so many fun bars and there is live music everywhere you turn! The picture above was taken at our favorite rooftop bar/restaurant, Acme Feed & Seed, which we ended up at quite a few nights! 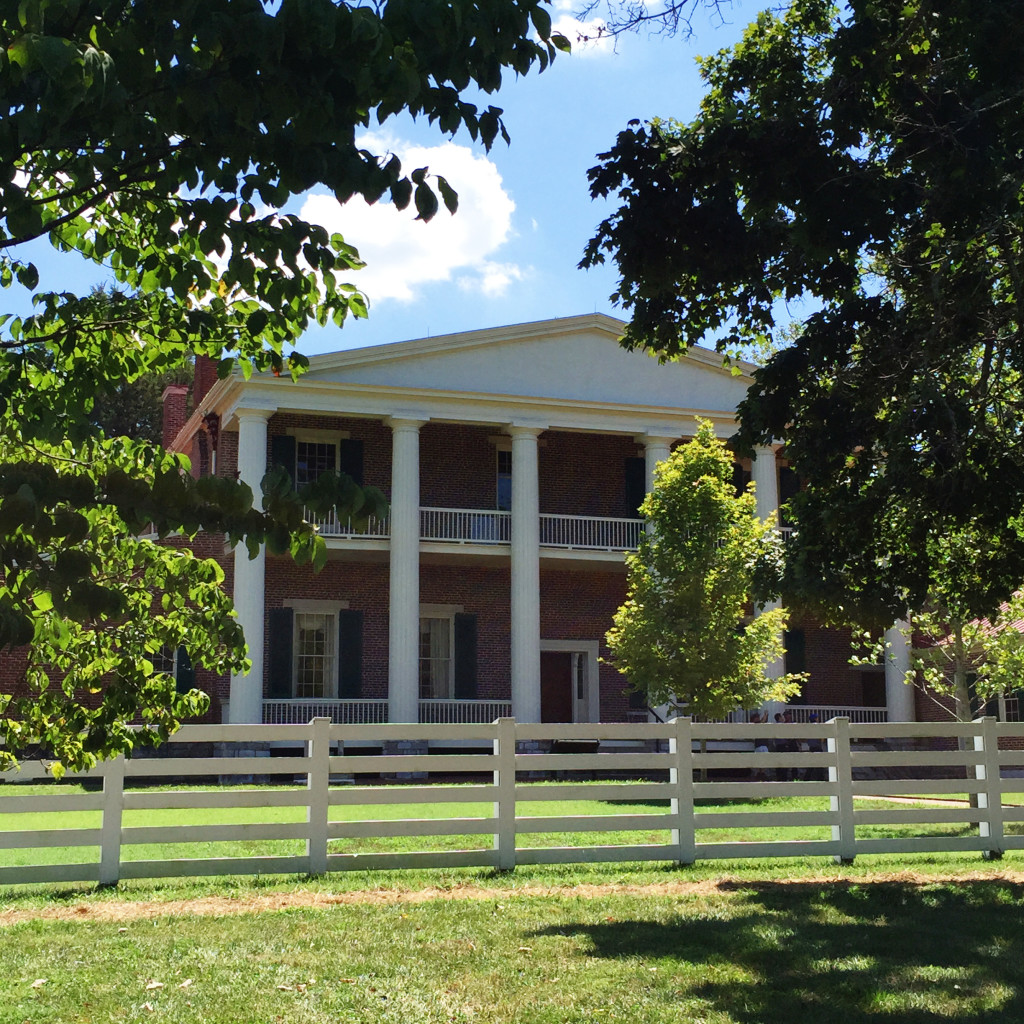 One day we ventured out of the city to the Hermitage, President Andrew Jackson’s plantation, for a little bit of American History. If you ever visit Nashville I HIGHLY recommend visiting the Hermitage, especially if you like history! It was definitely one of the highlights of our trip for me! The plantation is absolutely gorgeous and HUGE and almost everything inside the home is original to the 1800’s. 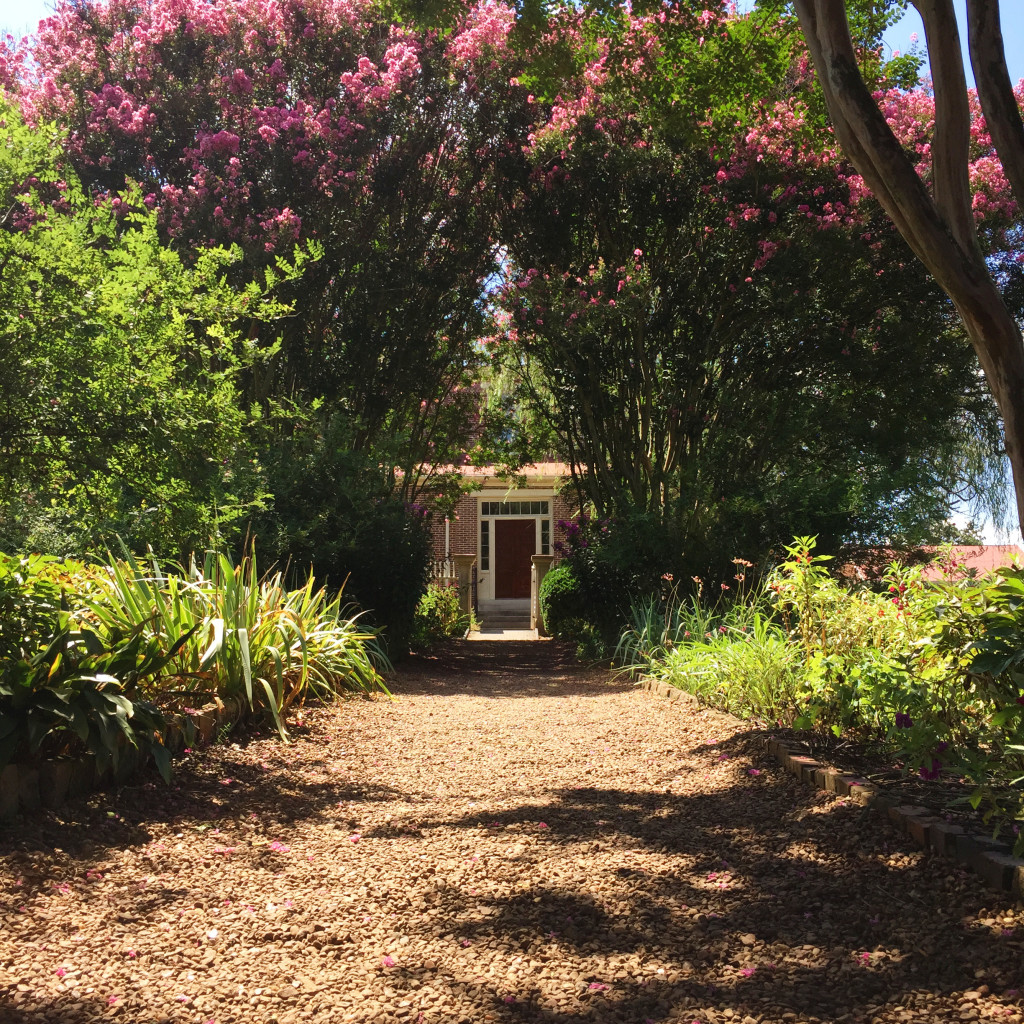 To the right of the home was the garden area and where General Andrew Jackson, his wife Rachel, and most of his family are buried. The gardens were absolutely stunning and huge, which is deceiving from the pictures. I honestly could have sat in the garden all day! Minus the bees! ;) 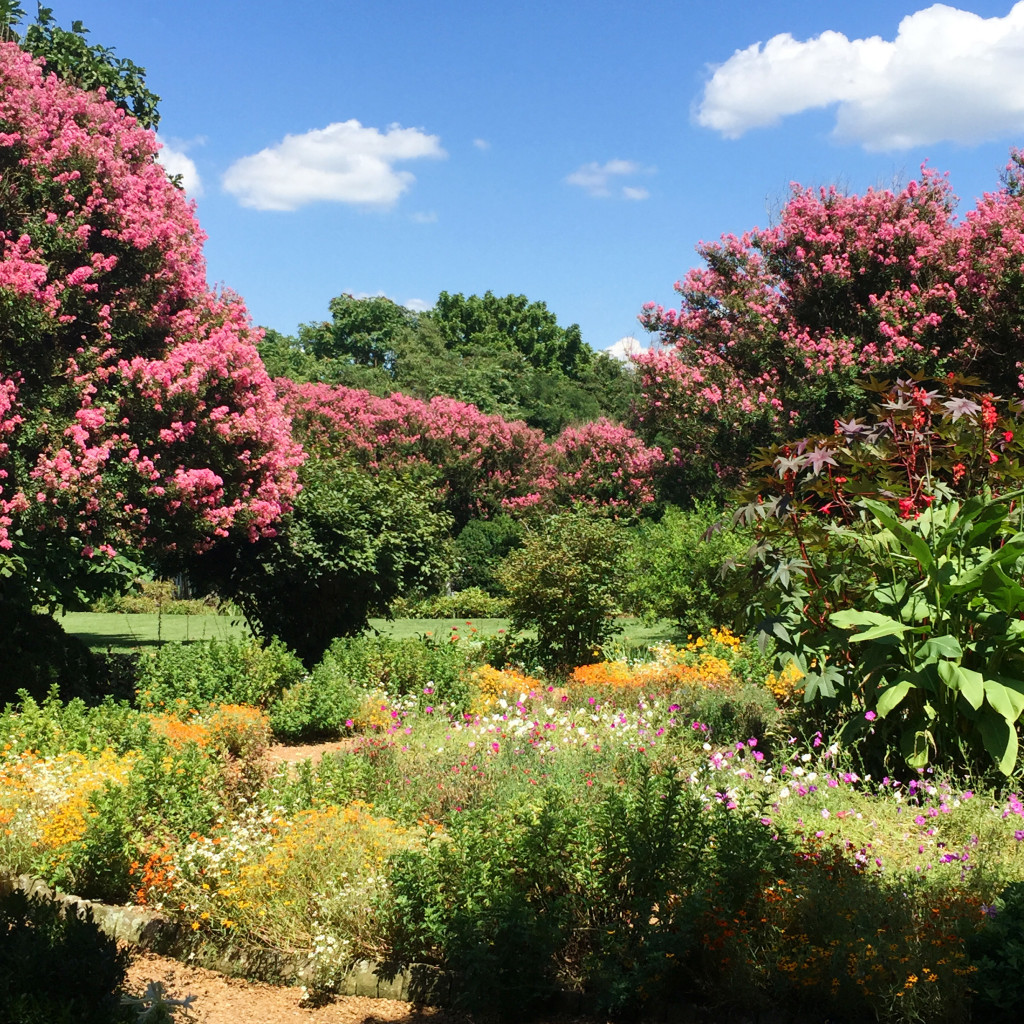 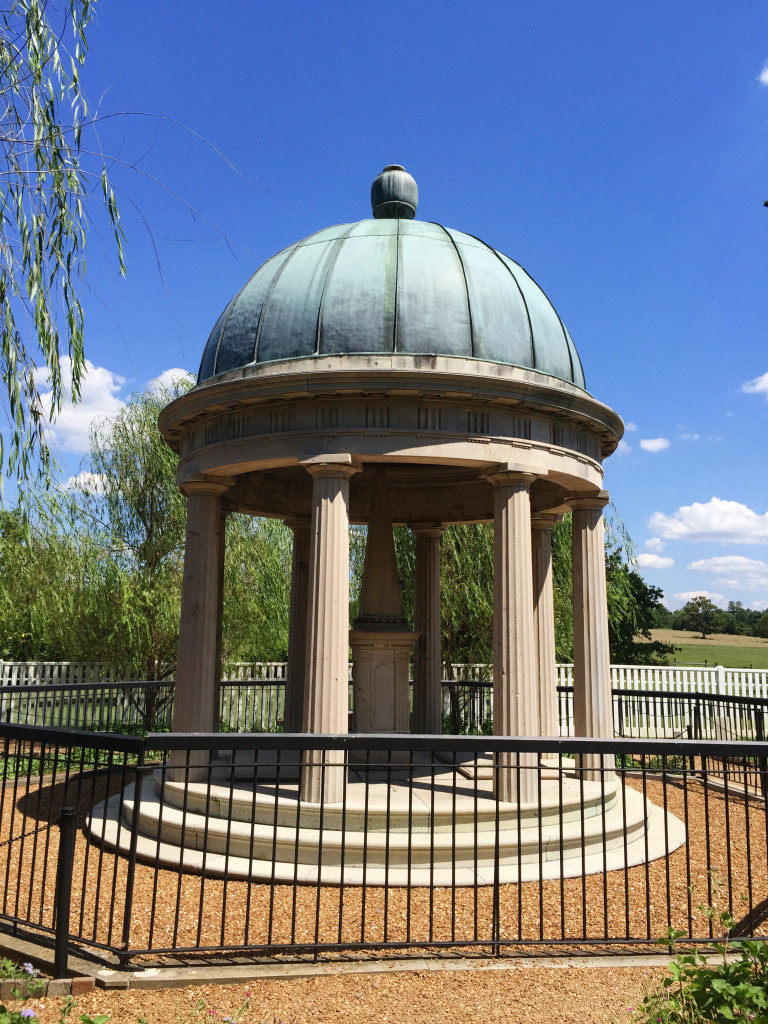 General Jackson and his wife Rachel’s tomb. Rachel actually passed away right after he won the presidency and right before they were to move to Washington. Family traditions say she was buried in her white gown and slippers she planned to wear to her husband’s inauguration. Supposedly he was so heart broken over her death he pretty much went crazy for his whole first term. So sad! :( 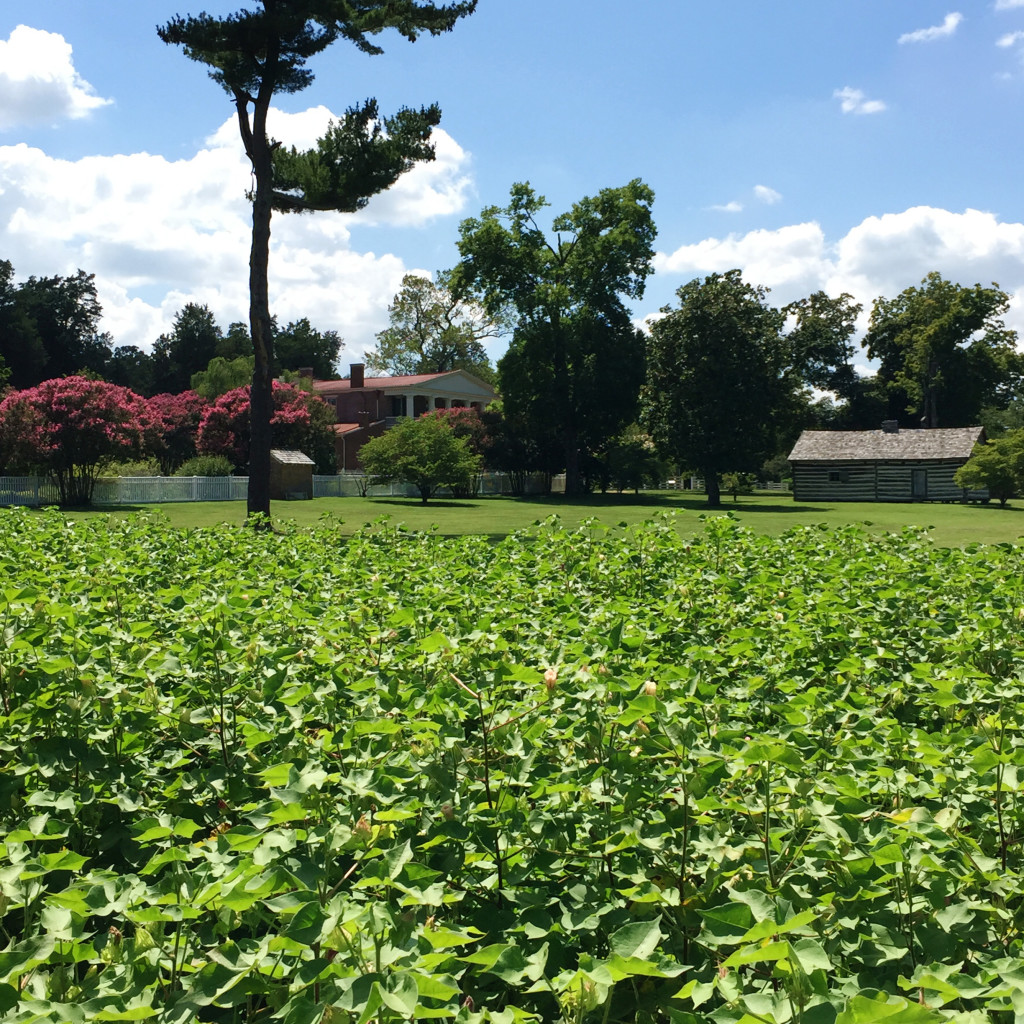 A view of the plantation from the cotton fields. The little log cabin to the right was one of the slave quarters. 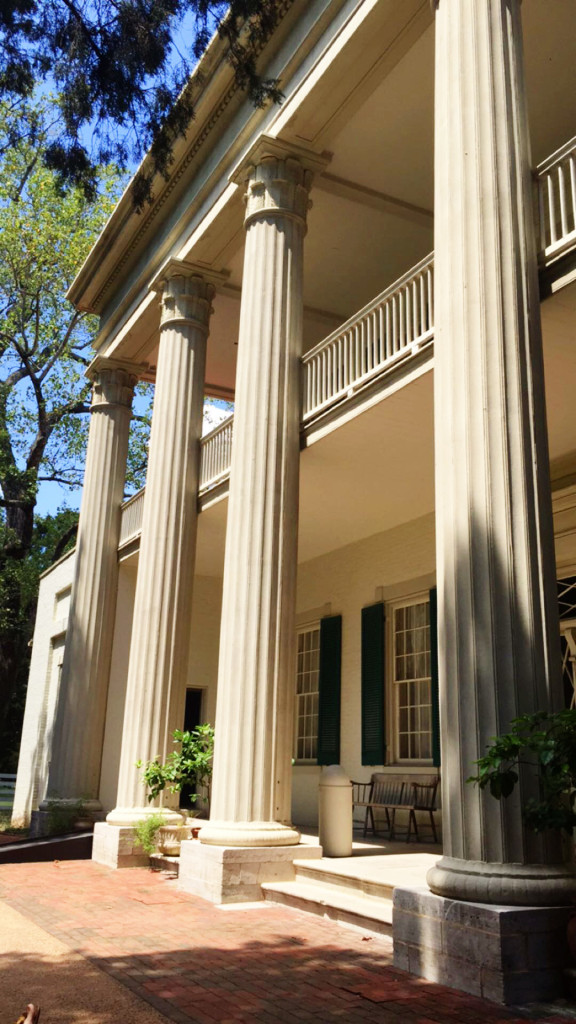 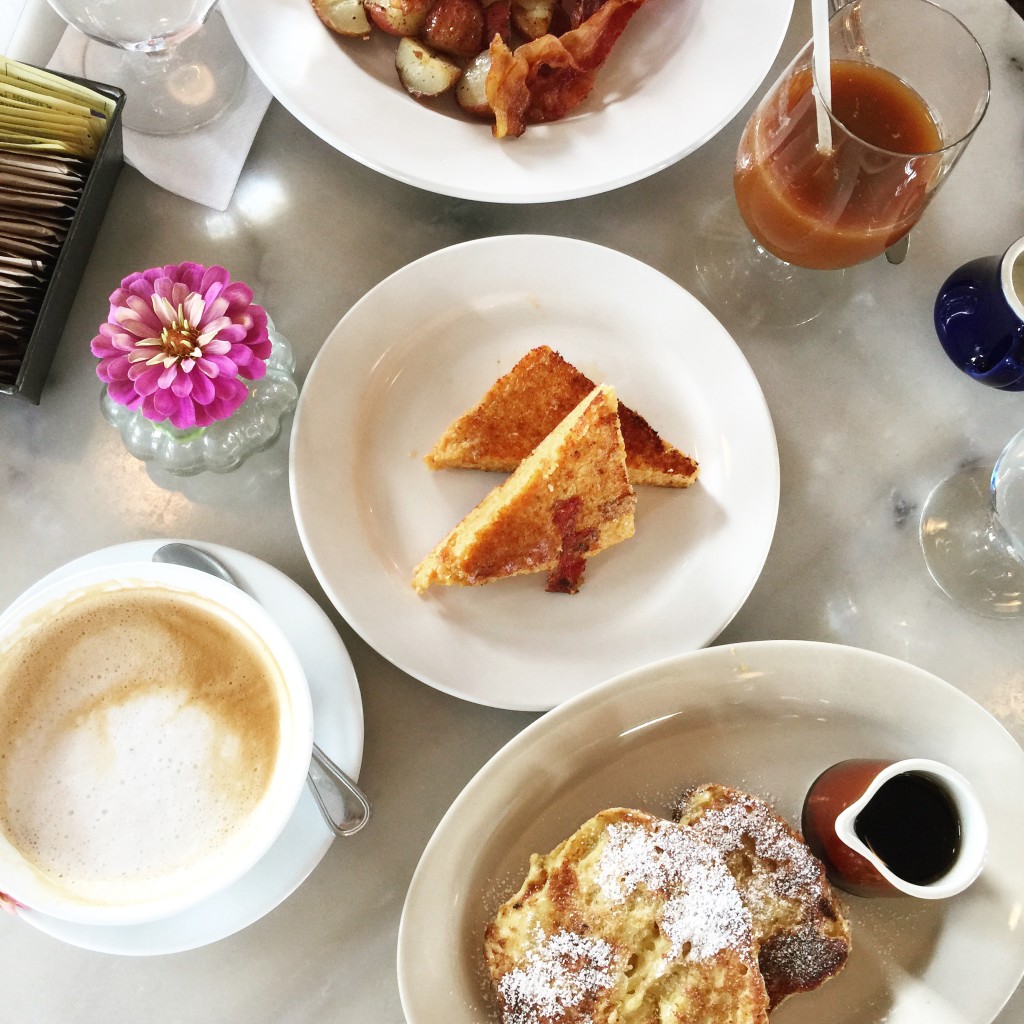 Another one of my favorite things about Nashville was the breakfast!! Everywhere we went was so delicious! Pictured here was the croissant french toast and Cajun cheese grits from Marche, DIVINE! Other breakfast places we loved are Biscuit Love, Sky Blue Cafe, Monells, and Garden Brunch Cafe. 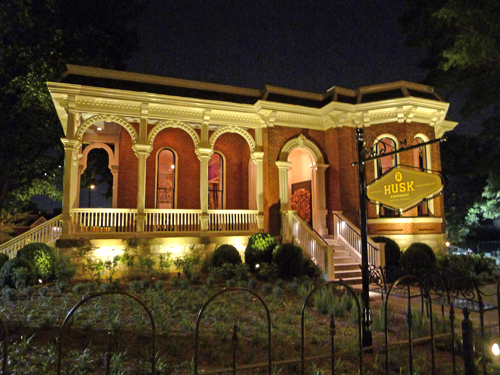 For our anniversary dinner we dined at the amazing farm to table restaurant, Husk, which did not disappoint! I love that the plates were so unconventional but yet so delicious! We finished the night with a peach cobbler that had bourbon in it, which was out of this world! Some of our other favorite restaurants included Virago, Puckett’s Grocery, and Merchants.

You can’t go to Nashville without getting a pair of cowboy boots! Well actually you can, because I did ;) A little too pricey for maybe wearing them once a year! But we had fun trying them on! 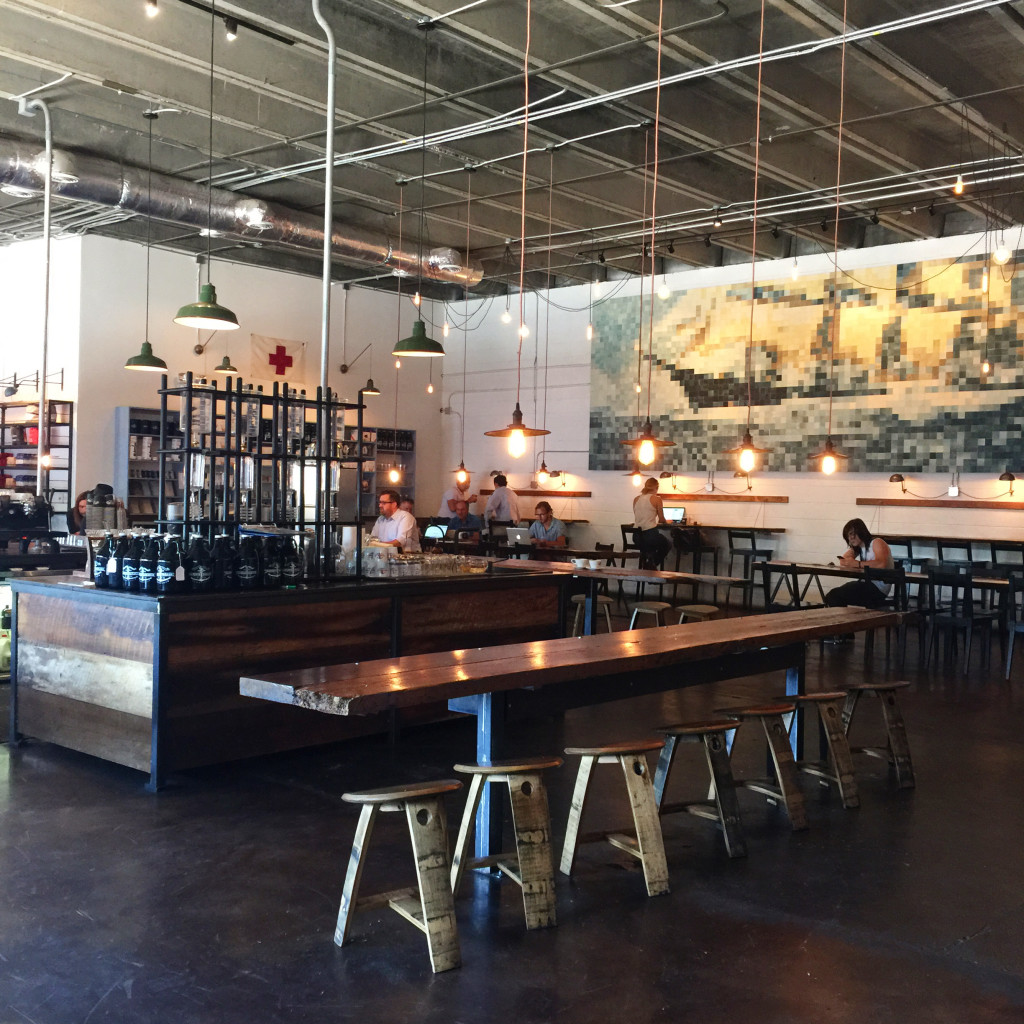 Another thing we loved about Nashville were the amazing coffee joints! Our favorite by far was Barista Parlor where we got whiskey caramel and vanilla bourbon lattes, crazy delicious! Also, the place was decorated so rustic chic, which I loved! 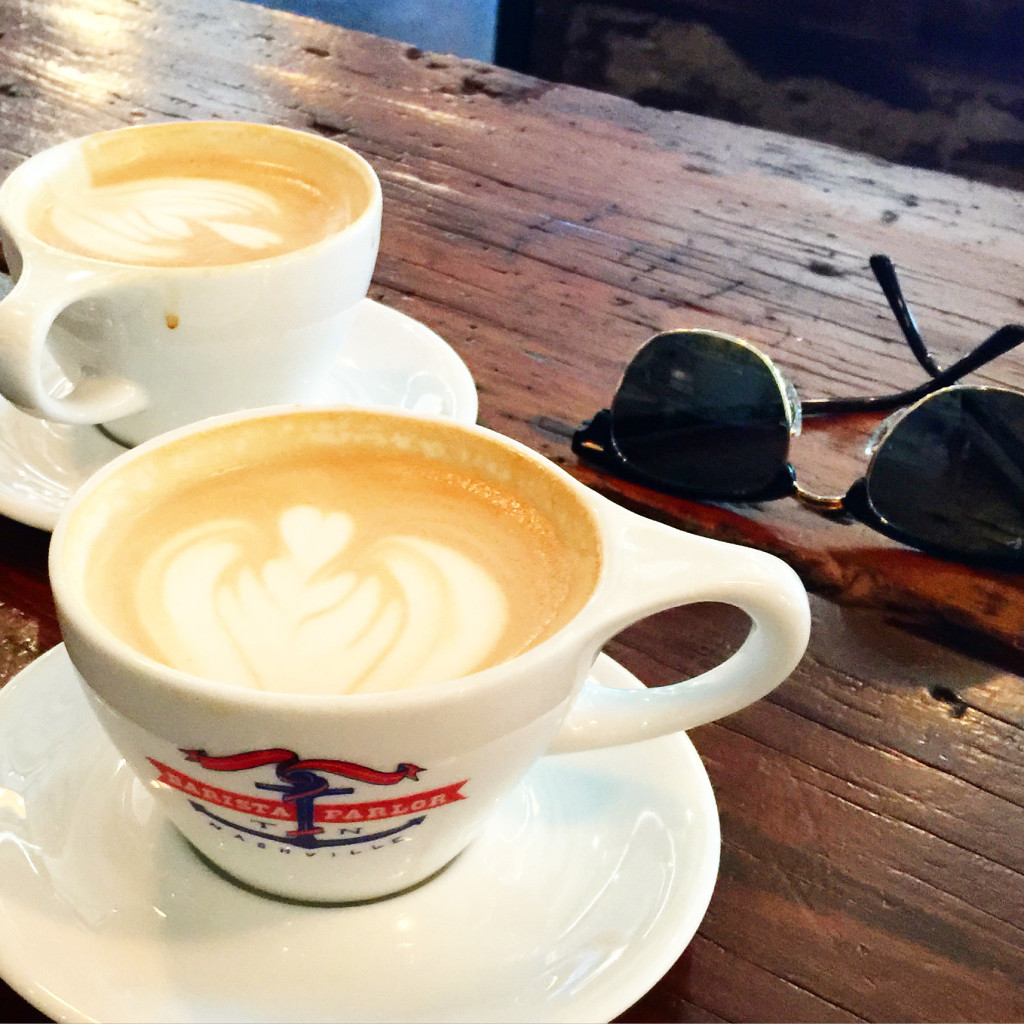 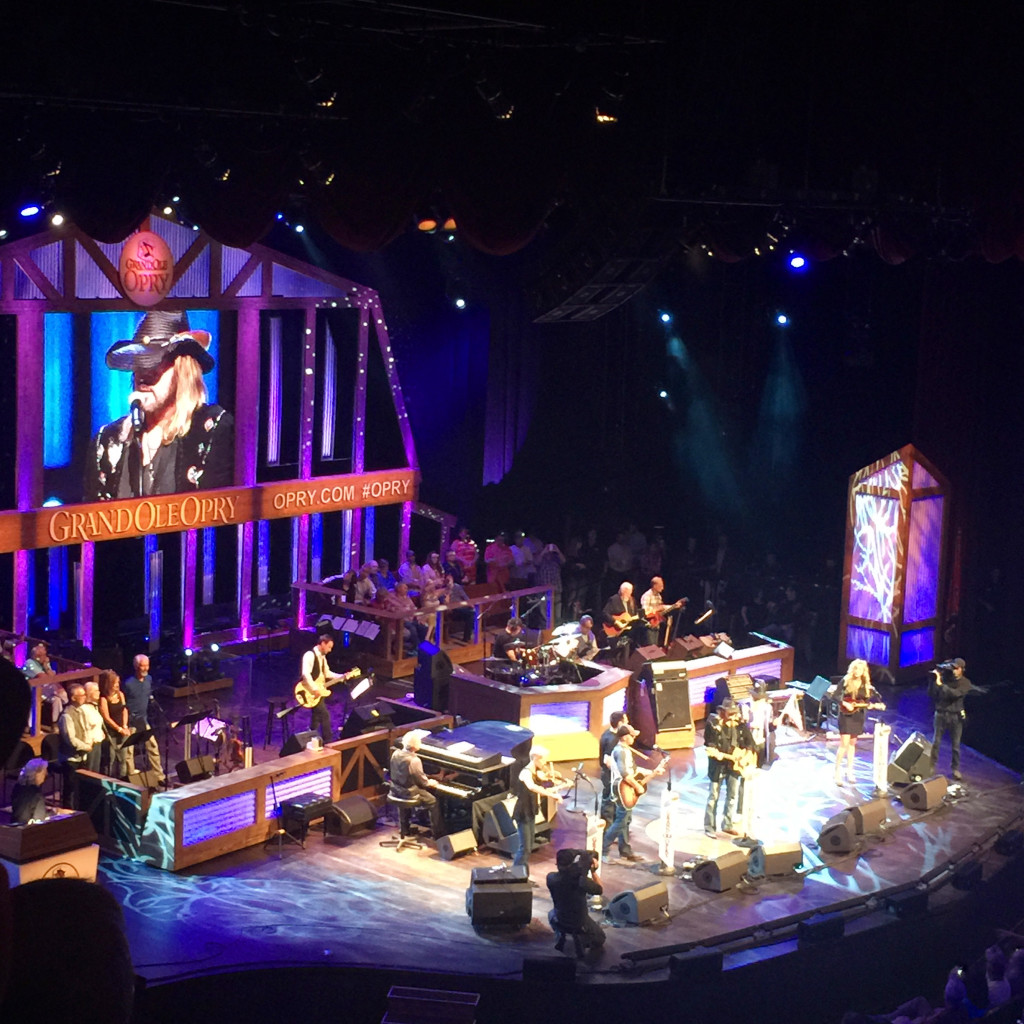 On the last night we went to a show at the Grand Ole Opry, which was such an amazing experience! The highlights were Billy Ray Cyrus, who did not sing Achy Breaky Heart and I was extremely upset about, and Josh Turner, who was amazingggg! I would love to see him in a full concert! Also, even Uncle Si from Duck Dynasty came out and sang! 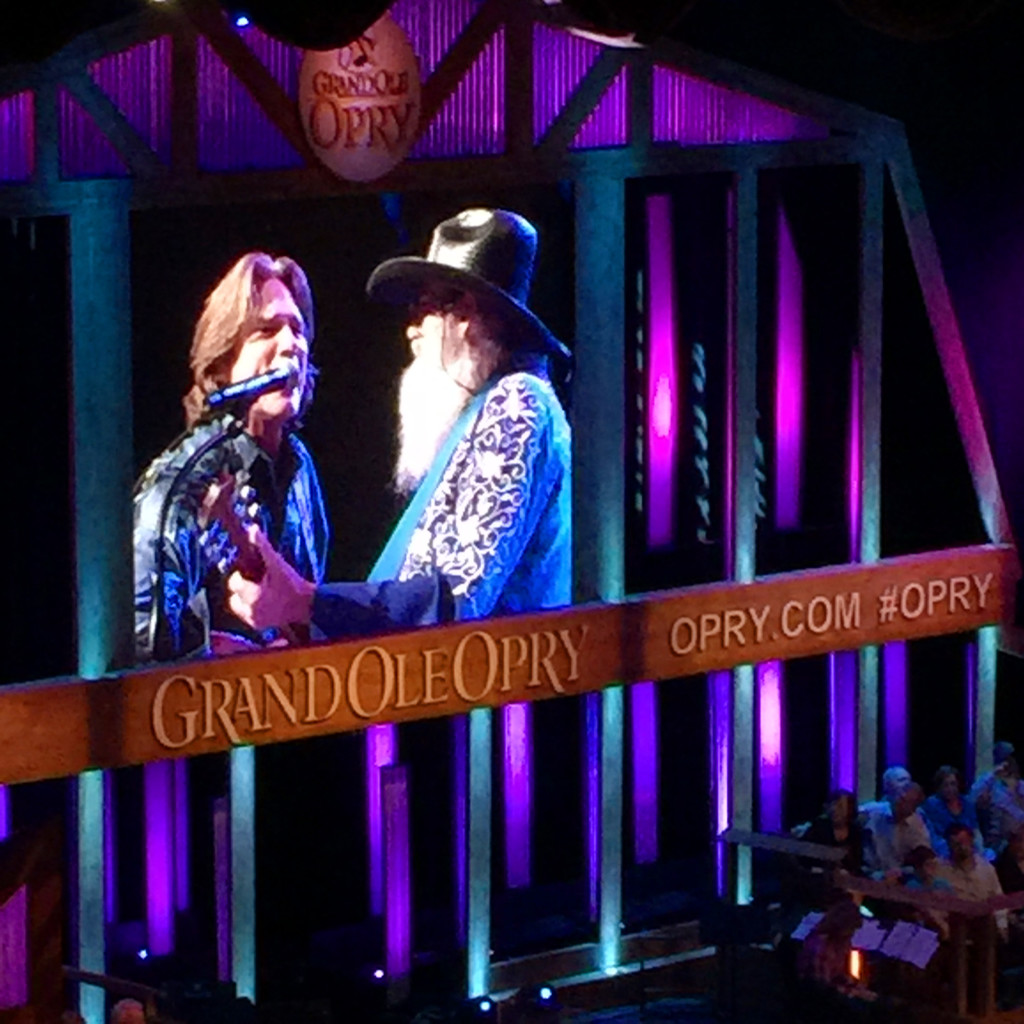 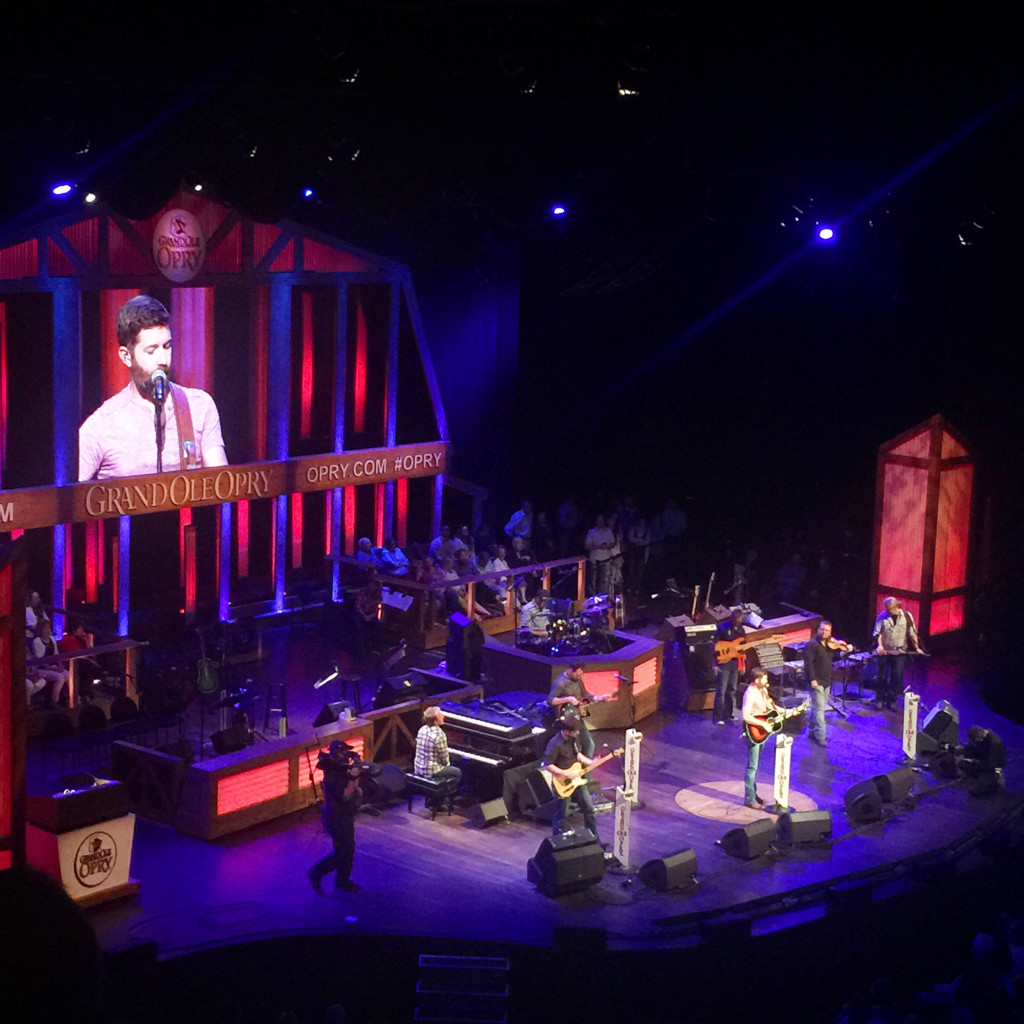 Ok sorry that was a lot longer than I expected but it was so hard to condense such a fun trip in such a short post! Overall we had such a blast in Nashville and can’t wait to go back and visit again! I hope everyone has an awesome Wednesday! <3